In a way, my journey of embodiment started with Facebook. One click led to another, and all of a sudden, I discovered a word I had never come across: “enlightenment.”  In spiritual and nondual Facebook groups, I met people who claimed to be enlightened, talking about “oneness” and “no self.” I could relate to their descriptions, as I too had had many awakenings (later what I’d call “head awakenings”), leaving me with experiences of clarity and expanded perspectives.

It sounded good and all, this enlightenment, but it was confusing. The people in these groups were often competitive, mean-hearted, and fragmented from life itself. Some of them talked about love, light, and positivity, and yet they too were caught in very dysfunctional lives. While my own life was markedly “better” with each awakening, some of my emotionally-patterned behaviors were not changing. I still suffered from suicidal ideation and deep despair a few times a year. My interpersonal relationships were often unsatisfactory, and I struggled in my relationship with my daughter.

I wondered what wasn’t included here, in this enlightenment journey and this enlightened community. It dawned on me in seeking “enlightenment,” there was usually an unnamed seeking or desire to feel good. In this seeking of enlightenment and feeling good, almost all of us were avoiding our bodies, and with that, our bodies’ lived experiences. When I mentioned this, others met me with resistance, slinging retorts like:

“Talking about the negative brings only more negative!”

The nonduality groups fixated upon the absolute of “oneness,” often denying their relative existence, as they were leading miserable lives in the relative.

I started to get curious about what might be possible. Long story short, I created my own modality called matrix integration ([1]), which took things I’d learned in graduate school, combined them with what I’d learned in my ten years at a small ashram, and included the existence and experience of trauma ([2]). It had become clear to me that a person’s whole web was relevant in their road to well-being, and my modality held that wisdom as its base. I had stumbled into embodiment work.

Fully Including my Humanity

Many years later, embodiment continues to be my passion, my life’s work.  Moreover, it **is** a life’s work, which is both good news and bad news.

This truth, that embodiment is a life’s work, is good news for those who already have a sense that life is always creating, changing, reformulating, and so on. It becomes self-evident that there is no end to the journey when one watches nature and never finds “finality.”  It is good news when, despite awareness of the brain’s effort to convince us of permanence and solidity, one can still meet life beyond their habitual patterning. It is good news when one is on friendly, even loving terms, with one’s physiology, brain patterning, and emotional body, as well as one’s personality.

However, this can seem like bad news for people who are desperately searching for “a forever state” of being, as I had been.

For a long time, my silent (or not-so-silent) prayer was, “I want to be here—in the ‘now.’” Yeah, not too original, but that’s what I wanted: to be fully in the present.  As my journey continued, life answered these prayers, and I started to step more fully into the present state of this human body and all it had to offer.  I then realized that I didn’t want to be “here and now” at all, that the embodiment I was now experiencing was not what I had imagined presence to be. Rather, I had wanted an escape from pain, dis-ease, and challenging experiences.

Hidden within my prayer was a belief I hadn’t yet identified: “If I were fully in the present, I’d always be happy and peaceful.” Always. That was what I was really after, unconsciously. Sound familiar? I’ve met many who, like me, were seeking this permanent state of being, not realizing what an oxymoron it is. ([3])

The spiritual and non-dual Facebook groups were filled with people seeking this same permanence. These were people who, like me, were suffering amidst this seeking. I started to learn more and more about myself, about spiritual seekers, and about the teachers who took them on.

I discovered that the peaceful state many teachers were speaking of included the following tenets: forgetting about the body; turning away from the world; setting aside preferences, distinctions, wants and needs (often the entire personality); and dissociating from the full variety of emotions (as well as one’s past). Said another way, there was a subtle or overt denying of being human, of one’s humanity. Instead, connecting with “oneness” was chased, at any expense—monetarily, physically and emotionally.

In this way, spiritual seeking had become an addiction in and of itself for many. The irony, or perhaps the tragedy, is that this often reinforced and mirrored traumas experienced earlier in people’s lives.

What a relief, to find another way

As I started to safely connect with my body and embodiment started to happen, I slowly started to realize how much I had bypassed aspects of myself in favor of the “perpetual experience of oneness” to which various brands of spirituality often pointed. I realized that, underneath the hope of permanent peace, there was pain and self-loathing of my very self. It was this pain and self-loathing that caused me to bypass.

Although it was a rude awakening, I was lucky because, as I was studying embodiment deeply in myself with the help of embodied guides, I saw the very same bypassing in my private practice. I knew what they were going through, and for the first time in their life, they were being listened to, believed, and supported in their spiritual and life challenges.

Many of the people I was working with were denying their very humanity, and it was obvious how violent this was. I kept seeing how I’d been doing the same. In denying aspects of my humanness, I was keeping aspects of myself in the dark, in the shadows. Those aspects were powerfully influential. While my deficiency stories lived outside of my attention, they unconsciously dictated many beliefs and behaviors. It was no wonder that after my head awakenings, I still had plenty of emotional dysfunction.

An interesting thing happened when I started to shine the light on those beliefs and thoughts: lots of other shadows started to pop up. Although acknowledging these shadows was not always pleasant, studying them caused them to lose their power. Bringing these previously avoided aspects of myself into the light, allowing them to be seen,  initiates their release. This process was all very counterintuitive to me.

The same started to happen with my clients. Together, we gently explored the behaviors and stories that had once been laden with shame and pain, and in their wake was compassion, forgiveness, and spaciousness. The more that happened, the more empowered clients started to feel.

I think back to one of my earliest clients. Without sharing too many details, they spent their childhood in a war-torn country. As an adult, their oldest child died. Trauma was stacked upon trauma. This client did not want to be alive anymore. Every day they wanted to die. You can only imagine the inner conflict as they tried to stay engaged in life for the sake of their other children.

This person had covered their trauma with positive mantras, positive psychology, and non-dual prescriptions; however, we can only trick ourselves for so long. When there is pain under the surface, it will eventually knock at our door. The death of their child rendered otherwise useful strategies powerless, and the shadows of their past childhood traumas surfaced as they grieved their child’s loss.

All was allowed in our sessions together, including wanting to die.  We were both committed to being with this very difficult and painful territory. Healing takes both courage and time. Eventually, suicidal ideation fell away, and their sense of lack went with it. Years later, they shared that any sense of lack continued to be absent from their life.

To have such an opportunity early in my career was such a gift, as it taught me so much about allowance and the interweavings of the psyche.

It also taught me the true power of embodiment work.

Being an embodied human isn’t what I thought it was, that’s for sure. With that said, I’m immensely grateful for what it’s brought me.

I still find that it’s pretty hard to talk about what embodiment is beyond saying it is being in this body, fully and inclusively, in the present. Maybe this difficulty in describing embodiment facilitates its misunderstanding and contributes to all the spiritual seeking going on.

Overall, it’s much easier to say what it’s not.

There is so much more to say. To read some practical aspects of embodiment, check out this blog post I wrote a few months ago, or check out my blog, where I write exclusively about embodiment.

I’d love it if you would list some of your own observations about what embodiment is not (or even what it is!). Please feel free to leave them in the comment section on the Nondual Therapy Directory Facebook page. Let’s journey and wake up together!

([1]) This is still the work I do today, although I don’t often use this label.

([2]) This was in a time before people were talking about the ACES (adverse childhood experiences) or trauma. Intuitively, I knew that it was imperative to include the events in our matrix (including ancestral) that were bringing a sense of separation and suffering. Today, we often name these events as “trauma.”

([3]) Yeah, I admit I’d bought the bill of goods many spiritual teachers were selling, which is presence as a blissed-out state of being. I don’t just mean selling as a metaphor; rather, people were paying lots of money in hopes of learning how to finally get there and stay there, and teachers would claim to help students accomplish this. Enlightenment was, and still is, big business. Who, in the midst of an insufferable life, wouldn’t want permanent peace and happiness? 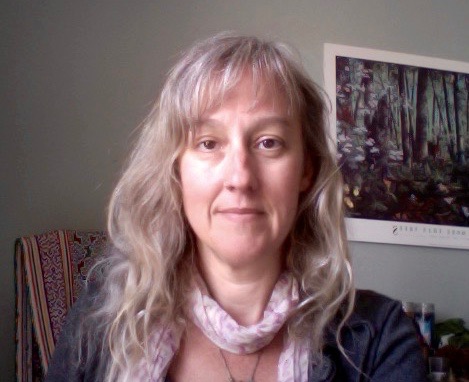 I am a Senior Living Inquiries Facilitator and Trainer. I also have a Masters of Social Work, am a level 3 Reiki Master, an Access BARS practitioner, and have studied Myofacial Release, Shamanic Healing, Tantric Kundalini, Death and Dying/Hospice Counseling, Couples Counseling with Terrance Real, and Implicit Bias. I work with Trauma integration, Somatically focused therapy, Intergenerational healing, Addictions/Compulsion.

I am a Senior Living Inquiries Facilitator and Trainer. I also have a Masters of Social Work, am a level 3 Reiki Master, an Access BARS practitioner, and have studied Myofacial Release, Shamanic Healing, Tantric Kundalini, Death and Dying/Hospice Counseling, Couples Counseling with Terrance Real, and Implicit Bias. I work with Trauma integration, Somatically focused therapy, Intergenerational healing, Addictions/Compulsion. View all posts by

Recent Posts by the Community